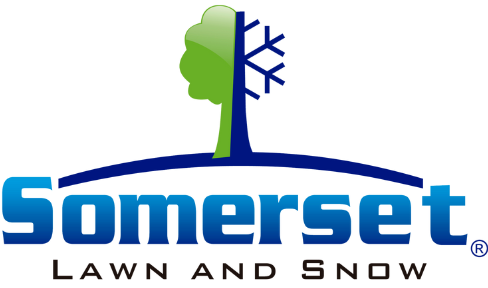 Tips to Prevent Snow Damage to your Home and Car

Winter is upon us, and that means snow. Unfortunately, snow can do some serious damage to your home and car if you aren’t careful. However, by following these tips you can reduce the impact of winter weather on your home and car:

There are a few simple ways to avoid snow damage to your car. First, never throw or push snow into the bed of your pickup truck or SUV—it can build up and cause serious damage to the undercarriage. Instead, use a shovel to remove it from the bed before driving off. If you don’t have access to a shovel, place an old blanket over the rear of your vehicle (make sure it covers all areas where water could collect) before starting out on icy roads with heavy snowfall.

The same rules apply if you’re using a broom instead of a shovel: don’t sweep wet or slushy snow directly onto your car; instead pile it up on top of something else so that when someone drives by they won’t kick up more moisture into its interior area than necessary.

To keep as much of your home’s heat inside during the winter, you’ll want to make sure doors and windows are closed as much as possible. This will not only save you money on heating bills but also help prevent drafts that might cause water damage or mold growth. When it comes time to open the door or window, use weatherstripping around all edges to create a tighter seal. If your house has a forced-air system with vents in each room, make sure they’re shut when no one is home or while sleeping so that warm air doesn’t escape into the cold outside environment (or vice versa). You’ll know if this is happening because of temperature changes in different rooms; if there isn’t any noticeable difference between one area and another after turning off heat/AC units at night or when leaving for work/school in the morning, then there could be an issue with airflow through those vents! A quick fix would be placing draft dodgers over them for added protection..

Know what is inside your walls.

If you are having a problem with your insulation, it’s important to know what the problem is in order to fix it. First things first: check the attic for insulation. If there isn’t enough, then add more! This can be done by buying new materials from an eco-friendly store or from home improvement stores. Next, check around your baseboards for any holes or cracks where air may be entering into the house. Plug these holes and make sure no drafts get in through windows or doors either! Lastly, if there are still problems with drafts coming through windows and doors despite having plugged up all other holes in addition to adding more insulation throughout walls (or vice versa), consider installing storm windows over those openings during wintertime months so that cold air stays out while warm air stays in!

Clear snow off of your roof and overhangs.

Protect your car’s body and windows.

Car bodies and windows can be damaged by snow. If you’re expecting a large amount of snow, it’s best to park your car in an area that will not be covered by the snowfall. If your car must remain outside during the storm, cover its body with a tarp.

If you plan on parking outside in the event of a heavy snowstorm, make sure that a plastic sheet is placed under the tarp so moisture does not seep through to your vehicle’s paint job or interior surfaces. Also make sure that any straps securing the tarp are tight enough so they do not blow away when strong winds come through!

Put away your firewood.

If you’re planning on storing firewood near your home, think again. Firewood can cause leaks in the roof and damage siding by creating cracks that will let water seep in and cause potential mold issues. To avoid this problem, store your firewood at least 10 feet away from any structure or car.

Use a tarp or other waterproof covering to protect your vehicle from snowfall as well. Snow on vehicles can lead to costly repairs if allowed to build up over time.

Snow can damage homes and cars, but you can take actions to reduce this damage.

You can take actions to reduce the damage that snow and ice can do to your home and car, even if you live in an area where severe weather is common.

The best way to protect your home and car is to be proactive. In other words, you have to do these things before the snow starts falling! If it comes down to it and your house has already been hit with some heavy winter weather, don’t worry. There are plenty of ways that you can recover from the damage caused by snow—and even better, avoid it altogether next time around.

Give your lawn a whole new look with the help of Somerset. We offer the best lawn and snow products, along with professional installation.

Let us help you with our premium services!

We’re Somerset Lawn and Snow, and we’ve been in business since 2018. We provide snow removal and lawn maintenance services for your home or business. Whether you need us to clear your driveway or mow your lawn, we can help!